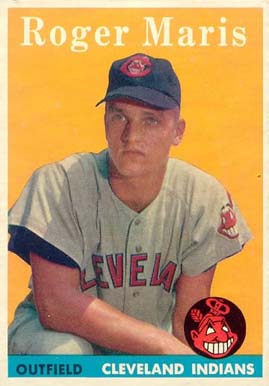 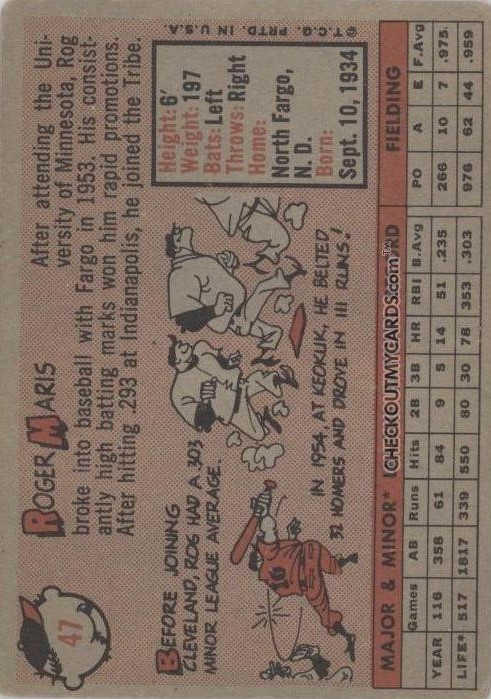 The 1958 Topps baseball card set includes 494 standard size cards, which measure 2½” by 3½”. The 1958 Topps baseball cards feature the Sport Magazine All-Star selection series (474-495) as well as the first checklists, which were issued on the back of the team cards. The low number series (1-110) is slightly more difficult and expensive to collect. The 1958 Topps baseball set design is clean and no-nonsense. The large portrait or full body shot is displayed against one of nine solid color backgrounds. The player’s name is in large letters at the top in either yellow, white, black or red letters. The bottom of the card features a colored horizontal band with position and team name. Team logos were also used on the bottom front. The back of the cards keep the fun going with cartoons and biographical information. Single line career and year statistics flesh out the design.

An Infusion of Color: A Look at the 1958 Topps Baseball Set