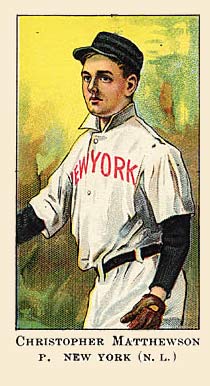 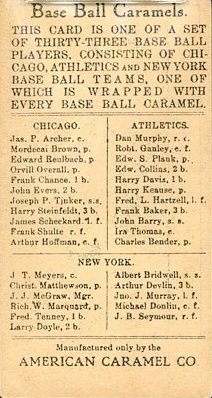 Often considered the least collected type of caramel cards due to the inaccurate portrayal of certain players on the cards. The cards were issued between the 1908 and 1908 in 3 series (A,B, and C). The art that was used in the A set was duplicated in the B and C sets, and only the players name changed. This obviously resulted in cards showing the picture of one player with the name of a different player. Of all 99 cards issued, only 78 are unique.