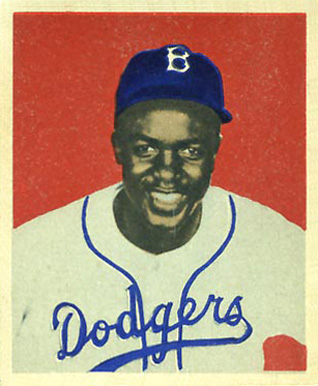 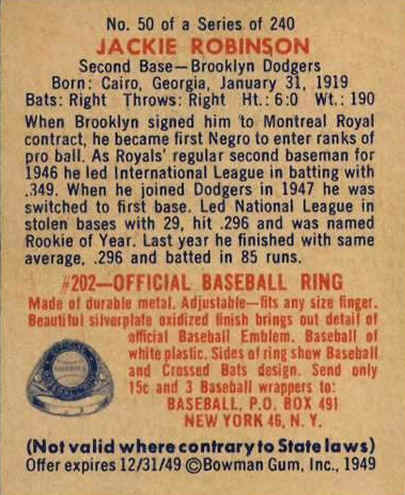 Bowman’s second set in 1949 increased to 240 cards. The fronts are black & white photos prints with colors over printed on top. The backs are numbered and have the players name and bio. There are several card variations in this set due to numerous printings and changes made to the design. Twelve cards that were printed along with the final series feature either a front or back name variation. Some cards from 1-108 are found with the player’s name on the front.

Cards can have a white or gray back
Cards have different combinations of:
Name on front (NOF)
No name on front (NNOF)
Printed name on back (PNB)
Scripted autograph on back (SCR)