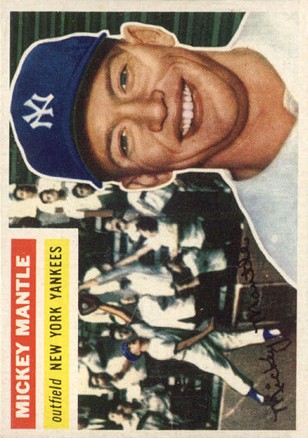 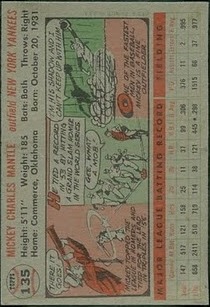 The 1956 Topps baseball cards made their debut with little fanfare. The same horizontal format from the previous year was again used with the only big difference being a background image replacing the single color backdrop of the 1955 set. The modest change to card design in no way lets the public know about the drastic change that happened to the company internally. Topps had finally ended its vicious rivalry with Bowman for control of the increasingly popular baseball card market. No more fighting over player contracts and competing for shelf space and the nickels of children everywhere who were looking for the latest cardboard heroes to worship. Like most Topps baseball card sets of the 1950s, this one did have some key ‘firsts’ and is still one of the most collected Topps baseball card sets. Two unnumbered checklists were included which was a Topps first. Because these were often tossed away, they can carry a premium today. Also team cards were introduced for the first time in a Topps set. In an unusual move, Topps chose to honor the league presidents and so William Harridge and Warren Giles are the first two cards in the set—probably to the disappointment of kids everywhere!

There is no “high” series

The Year of the Mick: Collecting 1956 Topps Baseball