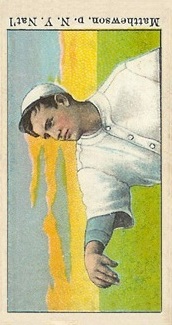 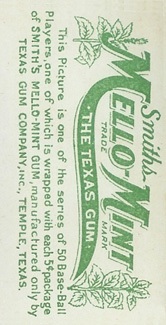 The E105 set is extremely difficult to find in high grade, even when compared to other issued caramel card, due the extremely thin paper stock. Many of these cards are found with a center crease, which is most likely caused by the means in which the cards were packaged. It is commonly believed these cards were only distributed in Texas and the Southern Midwest states.

Two large finds in Shreveport and St. Louis have caused the following cards to be readily available in comparison to the other cards in the set: Casey, Hartsel, Lajoie, Murphy, Shean & Young.

Due to thin paper stock, e105s are typically found in lower grade